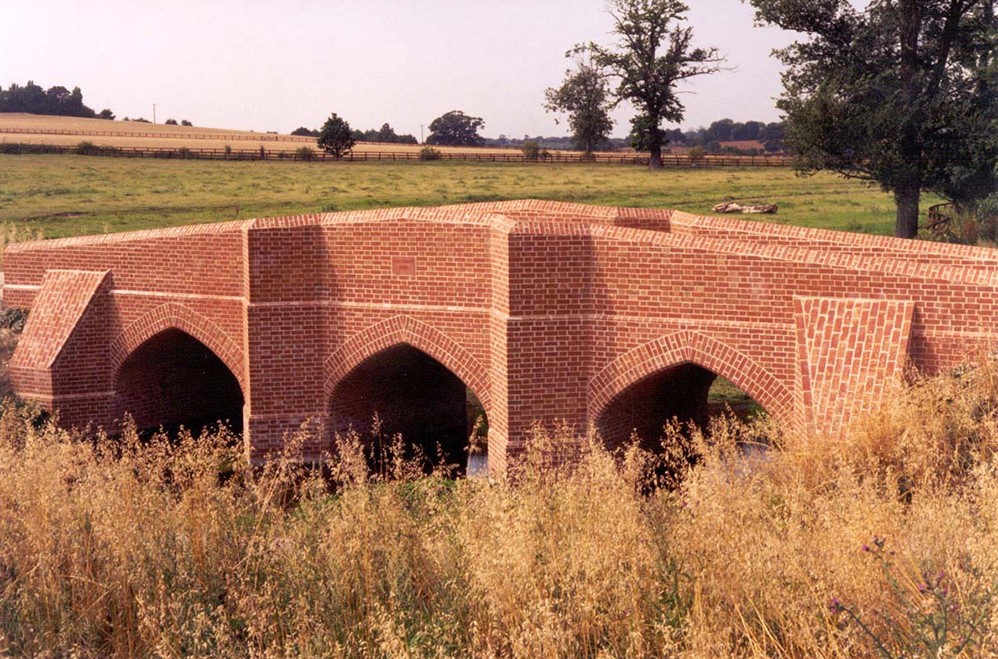 This bridge was constructed as a second crossing over the River Brett and was built in the style of an 18th Century packhorse bridge so that it was in keeping with the local environment. The original river crossing was by means of a ford, which became Inundated and have restricted access at times of high flow in the river.

The bridge has the appearance of a three arch masonry structure although the brickwork is not structural but is cladding to a reinforced concrete structure that is supported on precast concrete piles. In order for the scheme to proceed it had to be proved that the structure would not impact on the upstream stretches of the river by exacerbating flood risk.

To achieve this a hydrological study was carried out modelling the effect of the cut waters and arches. The project was awarded a Civic Trust Award for its contribution to the community.

We use cookies to ensure that we give you the best experience on our website. If you continue to use this site we will assume that you are happy with it.OkPrivacy policy